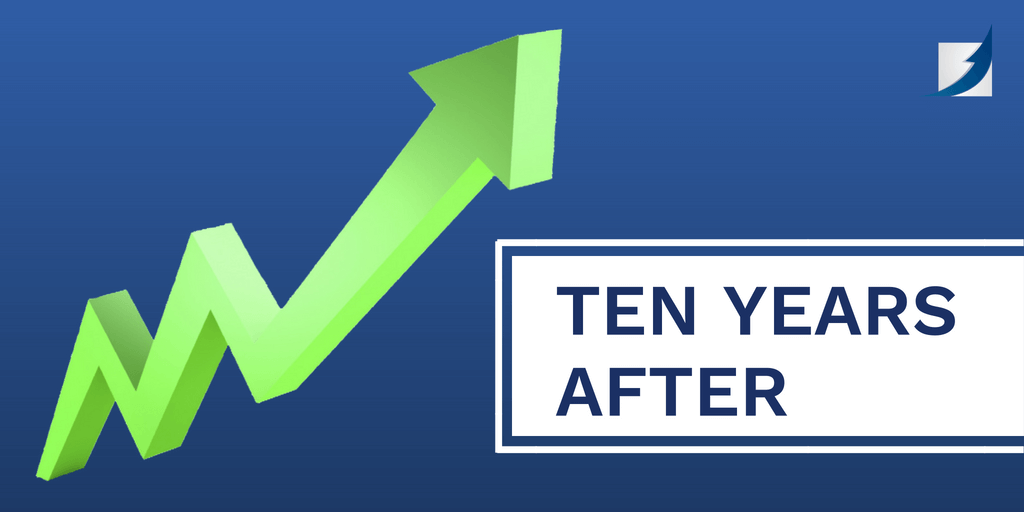 Even a decade later, memories of the 2008 financial crisis can still be painful for the families, workers, businesses and nonprofits that had to weather the worst economic meltdown since the Great Depression.

What a difference a decade makes! We’ve come a long way since Dow 6443 and 10 percent unemployment. Charitable giving has come roaring back, too. Numbers from Stanford University show total giving in the U.S. plunged 7 percent in 2008, and 6.2 percent in 2009. But fast forward, and charitable giving is stronger than ever.

Last year, donations hit an all-time high. Giving USA found for the first time, charitable giving topped the $400 billion mark, reaching $410.02 billion. And #GivingTuesday, which began in 2012, during the recovery, had its best year yet in 2017, raising more than $300 million online.

As we head into the busy year-end giving season, we think there are a few lessons to be learned from the past ten years, both the highs and the lows.  Among them:

Americans are generous. Even when giving dropped in 2008 and 2009, and rose only slightly for a couple of years after that, Americans still gave nearly the same proportion of their income as before the financial crisis. That Stanford study shows as a percentage of GDP, giving ticked down only slightly. Now, a decade after the Great Recession, memories of the pain are still fresh for many, yet people are giving more than ever.

Beware of self-fulfilling prophecies. Our experience shows us that many organizations that retrenched, assuming people wouldn’t give, hurt themselves for the short term, and sometimes longer. As individuals and the overall economy started to pull out of the downturn, these charities had lost ground, and donors.

Plan for the next downturn. No one knows exactly when the next economic dip will come, how long it will last, or how deep it will be. But cycles are just that. Things go up. Things go down. So learn from the last time, and be prepared.

Turn to the pros. There is, as the saying goes, no substitute for experience. And the saying is familiar because it’s true. From fundraising to communications to strategy and implementation, a team like the one at The Munshine Group has a proven track record of helping nonprofits grow, get stronger, and maintain that strength through challenging times.

We welcome the robust giving and economic reports in 2018, and welcome the chance to show your organization how to aim higher and achieve more in the years ahead.