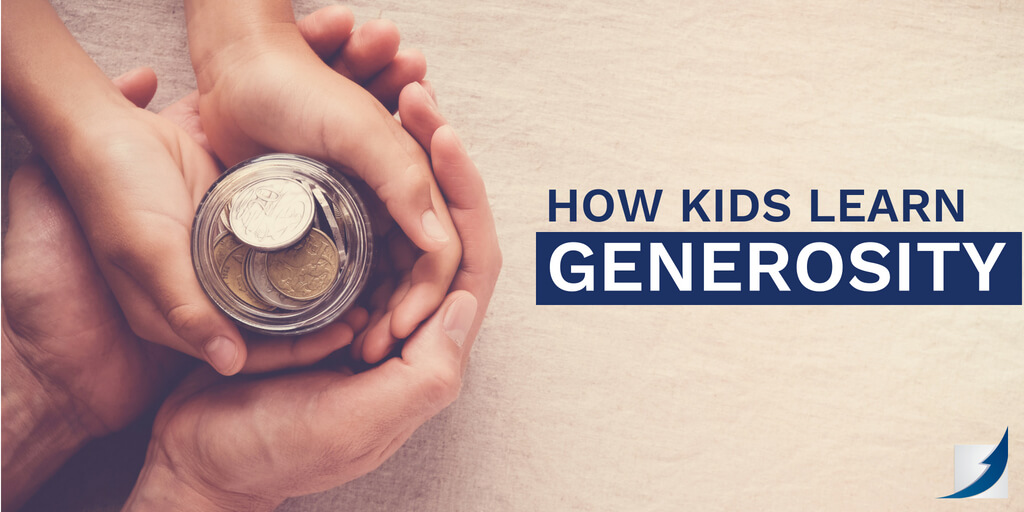 With summer here and school out, many families are looking forward to extra time together. It’s a chance to share ideas and have those open-ended conversations that sometimes get cut short in the crush of busy schedules.

One worthwhile topic to talk about, not just over the summer but all year, is generosity. We know many parents are looking for suggestions about raising children who understand the value of volunteering and giving back. But what are the best ways to get kids involved with causes and charities?

This seems to be the perfect time to share a few good resources that can help parents set an example, and set the stage for a lifetime of generosity in their children. And there’s every reason to do it. Putting that spirit of giving into action has been shown to boost children’s happiness, confidence and grades — and even their own health.

The Child Mind Institute gives a good overview, and U.S. News and World Report, The Washington Post, Huffington Post and Parents Magazine are among familiar media sources that have taken on the topic.

But some of the most fascinating findings come from Indiana University’s Lilly School of Philanthropy, whose mission is to improve philanthropy to improve the world. It is a hub of research and resources, and even a place to read what generosity is — as defined by second graders!

A key finding is that how parents teach children about charitable giving matters:

The Lilly Family School’s report Women Give 2018:  Transmitting Generosity to Daughters and Sons “affirms that parents have the ability to influence children while they live in the same household, and that children can carry this behavior into adulthood.” And it’s not only parents whose influence matters. One of the first reports to look at charitable giving across three generations shows grandparents can play a role, too.

And check out the School’s Generosity for Life project to see what those second graders and other young people are saying, and doing, about giving. You’ll find generosity maps, and can even rate yourself on a “Give-O-Meter.”

As one second grader puts it, “My Grandpa was generous by being nice and spending time with me. I would like to be generous by teaching people things, too.”

Important lessons for a lifetime… being learned when it really matters — early!