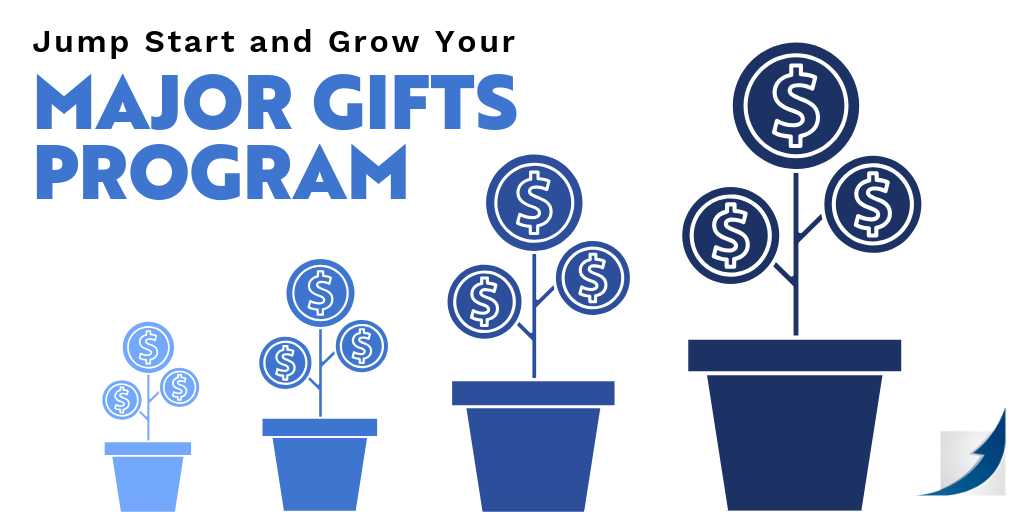 Editor’s Note: It is an especially important time to focus on major gifts. According to the Fundraising Effectiveness Project, “Major studies of giving during 2018 are starting to show agreement that philanthropy lagged Gross Domestic Product (GDP) during 2018 and the only reason giving was up is because of donors who gave at least $1,000.”

Major is a word that applies in many ways to charitable giving in the United States, beginning with the overall number:  $410.02 billion in 2017. The latest numbers from the Giving USA Foundation show that total was buoyed by record donations from individuals, who accounted for 70 percent of the contributions.

For nonprofits, major donors are a linchpin, often providing the crucial foundation for growth and success. Different organizations have different ideas of what constitutes a major gift — but every nonprofit needs to determine what major means to it, and then design and execute a program to ensure it receives those donations.

Tonya Addy, CFRE, Senior Vice President of The Munshine Group, is among our team members with extensive experience in creating and growing major gifts programs. She answers key questions organizations need to ask when launching or growing a major gifts program.

What are the first things a nonprofit should look at when it comes to major gifts?

Tonya Addy:  It’s always a good idea to start with the big “W” questions:  Why, Where, What, When and Who. Why does your organization need to launch or grow its major gifts program, and where will that money go? What constitutes a major gift for your nonprofit? And, when will it begin? A timeline needs to be established to track deadlines and milestones.

That leaves one “W.”  Who? Who are the players in a successful major gifts program?

TA:  That answer involves both the fundraisers and the prospects in your major gifts plan. When it comes to fundraisers, your organization’s staff, leadership and volunteers all have a role. It’s important to keep in mind that many, if not all, of them may need training in the major gifts area. For staffing, you will need a dedicated major gifts professional — someone who “owns” the major gifts program, its goals and objectives. Depending on your organization’s size and budget, that might not be feasible at the beginning, but you’ll want to identify a staff member to take on that role, and support staff can help research prospects and prepare proposals. You will need buy-in from your organizational leadership, starting with the Executive Director/CEO. The leaders need to be on board with participating in raising major gifts — both the plan and the process. Volunteers include the board members, advisory councils, steering committees and other community leaders who will support your efforts to secure major gifts.

Once the organization’s major fundraisers are in place, how do they look for the donors they need?

TA:  You’ll want to focus both on those who already give, and on identifying new major gift prospects. For current donors, there are several area to assess, including:  the propensity to give to your organization and others; affinity to your organization; and the capacity of your donors (wealth screening).

• Gratitude (for your mission and its impact)
• Interest or Curiosity (interest in mission and knowing more)
• Relationships (longstanding donor or mission recipient)
• Family History (longstanding family involvement with organization)
• Generosity (unsolicited donor or donor to other organizations)
• Wealth (professional position, homes, children’s schools, travel)
• Personal Contacts (connections to board or other leadership)
• Other (foundation officer; someone with few or no heirs)

Once identified, these potential donors need to be qualified, cultivated and solicited — with the ask leading to thoughtful stewardship of the relationship.

What are other keys to a successful major gifts program?

TA:  It’s important to have a compelling case for support  and, of course, for everyone involved to be thoroughly prepared before soliciting. It’s a good idea for volunteers to make commitments of their own before asking others for gifts. When making the ask, suggest a specific amount and let the donor know he or she can determine (within limits) how and when to fund the commitment. Remember not to rush or make the ask too early in the conversation, and to carefully listen, seek feedback and answer questions.

TA: No major gifts program is complete without stewardship, and once you’ve navigated the solicitation or received the gift, stewardship should kick into high gear. Check in regularly with donors, by email, phone or note. Make sure to continually demonstrate the impact of gifts through personal contact, publications, project or program updates, and invitations for additional tours and facility visits.

Can you sum up how to take a major gifts program to the next level?

1. Begin to think of the shift to relational fundraising (vs. transactional)
2. Evaluate your current status and necessary steps
3. Discuss the concept and initial plans with your ED/CEO
4. Build your plan
5. Establish goals, timeline and metrics
6. Introduce the plan to staff and or hire necessary staff
7. Identify quick wins to demonstrate momentum
8. Begin identification and cultivation activities
9. Check in with goals regularly and report out
10. Celebrate victories!

The Munshine Group is here to help you establish a successful major gifts program, or expand and improve your current one.

___________________________________
This is based on material originally presented by The Munshine Group’s Senior Vice President Tonya Addy, CFRE, at the AFPNY Mid-Hudson Valley annual National Philanthropy Day event in November 2018.
You can see details of the presentation here.